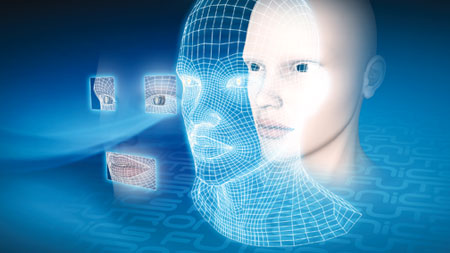 It was introduced at the Temple of Heaven toilets in southern Beijing in order to ration the amount of paper people use. After a scan of your face machines will issue around half of metre of paper and only after 9 minutes can you get second helping, if required.


At Beijing Shifan University the technology has been installed in the women’s dormitories to add an extra layer of security. The female students we spoke to told us they feel safer and want to see it rolled out across their campus and others.

Almost every week there’s a new technological development in China and it’s facial recognition in particular which is being rolled out at an extraordinary rate.
china
Facial recognition is even being used to ration toilet paper at this Beijing tourist spot.

The fast food giant KFC is currently trialling it at one of their branches in Beijing and next month the e-payment giant Alipay will introduce it for its customers.

The rapid pace of development comes after the Chinese Government made Artificial Intelligence a state priority. Billions of pounds is being ploughed into the research and development of facial recognition, speech recognition, robots, deep learning and 3D printing. In the field of e-payment the country has already left the rest of the world in its wake; the market here is 50 times larger than the United States.


We visited one of the hundreds of start-ups which is benefiting from Government incentives. At the offices of Megvil you don’t need a fob or card to get in the door, is all controlled by facial recognition technology. We saw the faces of employees flash up on a screen, along with their age and gender, as they walked in. Their office was full of young entrepreneurs working on the next big thing in facial recognition.
china
The technology has been installed at women’s dormitories at a university in Beijing.

They are proud that some police forces have adopted their system and that it has helped catch thousands of criminals but it’s the consumer market which most excites them.

They say it is just a matter of months, not years, before we will be able to leave our wallets and keys because our face will be able to do everything from open our front door to pay for goods at the supermarket. They claim using the 83 point facial recognition is even safer than fingerprint technology.

There have been some concerns raised amid this rapid roll out. In Southern china pedestrians were left angered and embarrassed after their personal details were flashed up on big screens at an intersection. They were being picked out, named and shamed for jay walking.
china
Facial recognition has helped catch thousands of criminals in China.

Robots are of course part of this revolution and in warehouses and factories across China humans are being replaced with machines which can do the heavy lifting and sorting.


In Southern China the home delivery company STO express is now using hundreds of robots to sort the packages at their distribution centre. The floor of the centre looks like a massive game of tetras.

China is desperate to shrug off its reputation for cheap consumer goods and electronics. It watched as the United States and Europe invented software and led the digital age, now it wants to dominate in Artificial Intelligence, described as the next frontier.