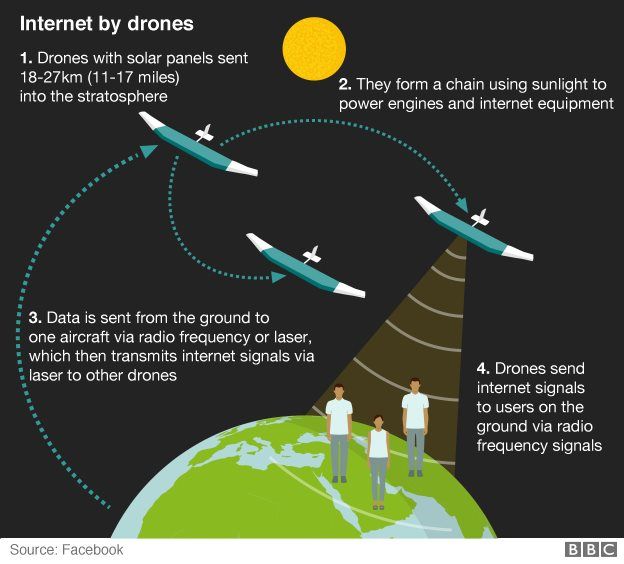 Facebook has completed a second test of a solar-powered drone designed to bring internet access to remote parts of the world.

The drone – dubbed Aquila – flew for one hour and 46 minutes in Arizona.

On Aquila’s maiden voyage last summer, the autopilot system was confused by heavy wind and crash-landed.

The social network has ambitious plans for its drone fleet and eventually wants to have them communicating with each other via lasers and staying in the air for months at a time.

The test – which took place in May but is only now being made public – went “perfectly”, according to a blog post detailing the flight.

Facebook had initially heralded its June 2016 test a success but later admitted the drone had crashed on landing.

The crash was only revealed when it emerged that it had been investigated by the National Transportation Safety Board.

This time, the engineering team added “spoilers” to the wings to increase drag and reduce lift during landing. They also modified the autopilot software and applied a smoother finish to the craft.


The team filmed the landing and included the video in the blog post.

Aquila – which has a wingspan of a Boeing 737 – is part of Facebook’s ambitious plans to connect the world to the internet.

This week, it announced that it has two billion users, more than a quarter of the world’s population.