how to invest and earn in bitcoin 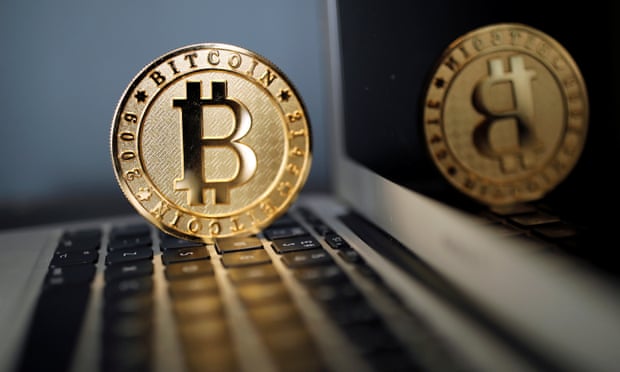 
Please note that answering your question is not a recommendation, and I am not qualified to give advice on investments. However, as electronic payments expert Dave Birch put it to me on Twitter: “one doesn’t invest in bitcoin, one gambles on bitcoin”.

The problem is that people can make money by buying things that are essentially worthless, such as used postage stamps, Beanie Babies, and (historically) tulip bulbs. Tulipmania operated on the “bigger fool” theory, also known among stock traders as “momentum investing”. For example, tulip bulb prices may be insane but they keep going up. I may be a fool to buy them, but I expect a bigger fool to buy them from me. Simply replace “buy low, sell high” with “buy high, sell higher”. This works until you run out of fools.


However, you can buy things that don’t depend on bigger fools appearing, such as land and gold. Their prices may vary dramatically, but over the long term, they retain real value. When tulip bulb prices were tumbling, everyone wanted to sell. When gold prices tumble, people with money look forward to an “investment opportunity”.

Does Bitcoin have value?

Bitcoin is a digital currency. If you want to buy a camera for £250, then you need a way to transfer £250 to the seller. In theory, it doesn’t matter if you pay cash, write a cheque, email the money via PayPal or use bitcoin. In reality, you have to balance a range of factors including convenience, security and transaction costs. I’d use a credit card, if possible, because bitcoin payments are not reversible and offer no consumer protection.

But if you are investing, does bitcoin have an intrinsic value, like gold? To me, bitcoins look more like tulip bulbs.

The price of a bitcoin may increase because, for example, it is attractive to technology enthusiasts, and because we are all reading stories about how people made – or failed to make – fortunes. But, like tulip bulbs, bitcoins could be worthless when the bubble bursts.

As Henry Blodget told CNBC: “Look, this is a perfect asset for a speculative bubble. There is a finite supply. There is no intrinsic value. If anybody is persuading you that it should somehow be related to some GDP or gold … put down the Kool-Aid and back away.”


You could argue that banknotes don’t have any intrinsic value either. However, banknotes are backed by governments that have a strong interest in keeping their value relatively stable. Governments don’t (yet) care what happens to bitcoins.

Bitcoins are “mined” by people solving problems with computers. In the beginning, the best way to make money from bitcoins was to mine them with a home PC. However, bitcoin mining becomes more difficult the more miners there are. Today, you need specialised hardware, and you need to join a “mining pool” where large numbers of miners work together and share the results. Coins are not pure profit because of the cost of the hardware and the electricity consumed when mining. Also, you don’t know what bitcoins will be worth when you start mining them.

However, there must be dozens of digital currencies besides bitcoin, and the CoinChoose website lists a Top 20. Well known alternatives include Ethereum, Litecoin, Dogecoin and Bytecoin. You might find one that is still worth mining, or that might represent a better gamble than bitcoin. CryptoCompare is another useful website.

Ethereum is interesting because it’s backed by an alliance that includes JP Morgan, Microsoft, Intel, Banco Santander, Credit Suisse Group, UBS and BP. It’s designed to perform transactions very much faster than bitcoin, and its hashing system is decentralised by design. It favours individuals, not mining pools.

You can buy bitcoins from a bitcoin exchange or online broker, directly from another individual, or from an ATM. Coin ATM Radar lists about 50 bitcoin ATMs in London, many of them in convenience stores. As when buying foreign currencies, there’s a fee, which can range from 3.1% to 17.6%. The website covers 56 countries and you can search for an ATM near you.


A bitcoin ATM usually takes cash from your bank card, though some only accept banknotes. It sends your digital currency (bitcoin, litecoin etc) to your wallet, which could be a smartphone app, or to your email address. Some ATMs can print “paper wallets” that you can scan later.

If you buy a digital currency from an exchange, it may well offer you an online wallet, but your money is at risk unless you have the keys. When the Mt Gox bitcoin exchange was hacked, around 850,000 bitcoins went missing. It was a $450m loss at the time, but at today’s exchange rate, it would be $2bn.

There are dozens of different wallets for different purposes, with “hot” wallets on smartphones and “cold storage” wallets held offline on paper, on hardware devices (cards, thumbdrives etc) or on separate PCs. These are equivalent to your spending money and your savings account respectively.

You will need to research wallets. However, We Use Coins has a decent guide, and it recommends BitPay’s Copay to beginners. It’s easy to use and it runs on iOS, Android, Windows and Windows Phone, MacOS and Linux. It can also handle shared accounts.

I used my Android phone to search for “bitcoin wallet” on Google Play, and gave up when it produced around 200 results. Copay was near the top. It only took two minutes to create a wallet, and it prompted me to make a backup: “Watch out! If this device is replaced or this app is deleted, neither you nor BitPay can recover your funds without a backup.”

It also warned me that “Anyone with your backup phrase can access or spend your bitcoin”. I dutifully wrote it down.

Once the wallet is set up, you can use the app to buy bitcoins from Coinbase in 33 countries, and from Glidera in the USA. It can take several days to buy or sell bitcoins via Coinbase.

Some investors – presumably ones who do not have teenage children – think bitcoin is “for the tech-savvy, difficult to buy and perhaps even harder to store safely”. This has given rise to funds that buy bitcoins or related assets such as mining companies. Last month, The Motley Fool described one ETF as The Worst Way to Buy Bitcoin. At the time, the story said, shares in the Bitcoin Investment Trust cost about twice as much as the bitcoins it owned, but typically they “have traded at an average premium of 39% to underlying value of the bitcoin”.


You could buy dollar bills for $1 each, so why would anyone pay $1.39 to invest in a $1 bill … which is actually worth less than $1, because of the 2% annual management fee? Answer: “the laws of supply and demand”.

Other American investors were conned by a Ponzi scheme that offered shares in bitcoin mining machinery.

Stories like that could be signs of a bubble market, but if so, when and how it will end is impossible to say.