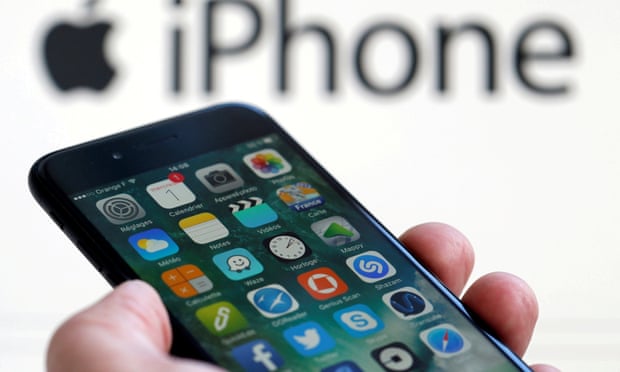 Ten years ago today, the first iPhone hit stores in the US. On paper, the device was nothing special: it lacked the 3G connectivity which was becoming standard across much of the world, its battery struggled to last a day, and its camera resolution was just two megapixels. It also came with an eye-watering price tag of $499, and a mandatory two-year contract with AT&T. That was for the smallest version, with 4GB of storage.


But in person, it wasn’t the iPhone that looked behind the times. It was everything else. Looking back now, and the sea change is obvious: the first iPhone, a 10-year-old device, looks like something that could reasonably be found in people’s pockets today, while its competition look like historical curiosities.

Right from the start, the device had the full-colour, multi-touch screen which came to define the smartphone, and it had the same basic interface still in use today, from pinch-to-zoom to inertial scrolling on lists. It looked like nothing else, and sold a million units in just over two months.


But there were choppy waters to navigate on the way there. Apple rapidly reconsidered the launch price, cutting $200 from the cost of the 8GB version and scrapping the 4GB model altogether, less than three months after release. While that made the iPhone more appealing to new buyers, it rankled with those who felt robbed, and the company eventually handed $100 in store credit to early adopters, accompanied by a personal apology from its chief executive, Steve Jobs.

The phone was also released with several features strangely absent. Most notably, it lacked any semblance of an app store. For more than a year, until iPhone OS 2 came out in July 2008, the only Apple mobile device onto which you could download and install apps was the old clickwheel iPod, which had a small selection of games for sale.


It feels bizarre to contemplate in 2017, where Apple launches major ad campaigns imagining “a world without apps”, but the phone was originally released with just 15 native apps – not even enough to fill the home screen. Apple tried to palm off users and developers with the claim that “webapps” – single-serve websites, which could be saved to the home screen – were the future. To its credit, the phone shipped with an impressive set of features to enable just that, including the ability for websites to save data on to the device and set icons for the home screen. But it was clearly a stopgap solution.


Almost more damaging was the absence of simple features such as the ability to copy and paste text within or between programs. By the time that was added in, with iPhone OS 3 in 2009, it had become a major selling point of the competition. Google’s Android had supported it from the start, albeit initially with a clumsy user experience due to its initial conception as a keyboard-based operating

At the time, the iPhone was groundbreaking for a simpler reason: it did what it said it would do, in a simple, easy manner. While other phones still had a physical keyboard and required many button presses to navigate menus, Apple’s touch interface made things simpler.


It wasn’t just ease-of-use, though. Apple’s unique position in the industry – even then, the most desirable consumer electronics company in the business – gave it extraordinary power over the telecoms companies, multiplied by the fact that the iPhone launched with an exclusive carrier in most markets. AT&T in the US, O2 in the UK, Orange in France: all agreed to offer Apple unique terms in exchange for exclusivity. The iPhone launched with no carrier-mandated apps cluttering it up, mandatory unlimited data contracts for all users, and a new “visual voicemail” system.

Even those changes that didn’t stick in the long term reshaped the market. Unlimited data contracts are largely now a thing of the past – apart from those with super-premium deals – but their presence in the early days ensured that people with an iPhone felt free to use its features to their fullest. This reversed a vicious cycle of previous generations that saw high data costs leading to sparse use of data-heavy features, and sparse use of data-heavy features being used to justify high data costs.

The iPhone changed my life, too. I got one as an 18th birthday present, just a month or so after it launched in the UK for the first time, and just a couple of days later had a university interview. Sitting outside the philosophy department, I suddenly realised I didn’t have to limit my last minute cramming to the books I had in my bag – I could Google the name on the door of the tutor interviewing me and read their publications directly. Which I did. I won’t say I understood everything I read in that hurried five minutes, but they offered me a place anyway.


It took some time for the iPhone to grow into the device we would fully expect today, though. It wasn’t just software features like the app store and cut and paste that were still to be added: successive hardware releases brought their own upgrades. The iPhone 3G, released in the summer of 2008, completely replaced the first phone (it is still the only iPhone which hasn’t stayed on sale once its replacement was released), and brought with it two new features hard to imagine living without: 3G internet, and GPS.

The former meant that finally, the phone was capable of bearable download speeds when not connected to wifi networks, which, combined with the introduction of the App Store, put the iPhone on the road to its current position glued into the hands of its owners wherever they may be. The latter replaced an innovative but inaccurate system for guesstimating locations using a combination of wifi networks and mobile phone towers, allowing the device to pinpoint its user’s location down to the specific house they were in – opening the way to Uber, Foursquare and eventually Pokémon Go.

And the iPhone 4, released in 2010, brought its own new features. On the software side was FaceTime, Apple’s proprietary video-calling service, but far more important for most was the hardware that came alongside it: a forward-facing camera. Yes, the iPhone was three years old before you could take selfies with it.


It’s harder to think which more recent additions will be similarly foundational. But it is getting harder and harder to recall the days of a smartphone without a fingerprint sensor, for instance – introduced as touchID in the iPhone 5s in 2013. And while mobile payments – introduced as Apple Pay in 2014’s iPhone 6 – aren’t ubiquitous yet, it is already looking fairly likely that 2027’s version of this story will chuckle as it remembers the days before you could pay in shops with your mobile phone.

We don’t yet know what this autumn’s iPhone will bring – or even what it will be called, “iPhone 7S”, “iPhone 8” or something new altogether (“iPhone X”? Just plain “iPhone”?) – but in the steady way the bounds of what is normal have been pushed so far, it seems likely it will feature some new facet of its own which will eventually become intrinsic to our lives.

Or maybe it will just shrink the bezels and drop the weird protruding camera of the past three years. That would be nice, too.